Click here to read the Alliance for Quality Education press release on the event, which includes quotes from parents and students who attended the rally. You can view more pictures of the event here on AQE's facebook page.

Check out some of the video news coverage of the event here! And scroll down this post for clips of some of the speakers at the rally, including Assembly Speaker Sheldon Silver. 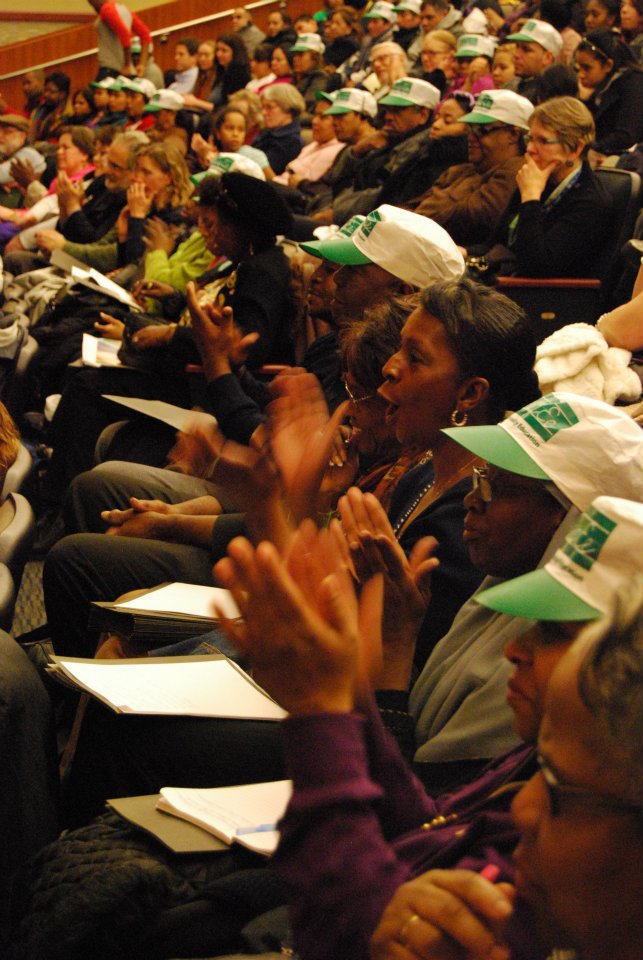 Click here to see more photos from the rally!

On Tuesday, hundreds rallied in Albany on behalf of New York students, calling on New York Governor Andrew Cuomo to prioritize equity and educational opportunity in his public school budget.

"Last year's $1.3 billion cut was two to three times as large in poor districts as in wealthy districts. As a result, already underfunded districts had to chose to make cuts to the quality of the curriculum, cuts in arts, music and sports, cuts in tutoring and in college prep courses or all of the above," said Zakiyah Ansari, Advocacy Director of the Alliance for Quality Education. "The Governor has a chance to take a step in the right direction for our shcools and children by following the Board of Regents recommendations and directing 95% of his new school aid tohigh need and average need schools."

Dr. John Jackson, President and CEO of The Schott Foundation for Public Education spoke at the event:

"If the United States is to remain a strong democracy, economically stable and a good global citizen, states must be heeld to a commitment of providing each child an opportunity to learn. If New York is to be a progressive leader among states, it must fulfill its commitment to equity and opportunity in every classroom. The alternative is both morally indefensible and strategically unwise. It is clear today, the people must push their leaders to this level of systematic accountability."

Check out the video of Dr. Jackson's remarks below!

New York Assembly Speaker Sheldon Silver also attended the event, and AQE has released a video of his supportive remarks: