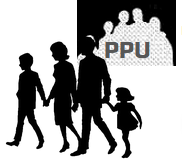 Students in Oregon are going to be seeing a lot fewer expulsions in coming years thanks to the advocacy efforts of the Portland Parent Union, a member of the Dignity in Schools Campaign (DSC), an OTL ally. A just-passed new law that goes into effect July 2014 removes mandatory expulsion requirements from the state's school discipline statute.

An ever-growing body of research consistently shows that exclusionary discipline policies lead to higher dropout rates among students. Oregon formerly embraced a policy mandating a one-year expulsion for students who brought items considered ‘dangerous’ to school, even where the student intended no harm whatsoever. With one of the worst high school graduation rates in the United States, a shift away from zero tolerance was long over due in Oregon. HB 2192-B will give more discretion to school administrators in deciding when suspension and expulsion should be administered.

While the passage of H2192-B is an exciting step towards dismantling the School to Prison Pipeline, advocates will continue to push for greater reform. According to Sheila Warren of the Portland Parent Union, this victory will give the DSC momentum to fight for a moratorium on out-of-school suspensions, and will similarly give leverage to the Disproportionate Discipline Advisory Team in Oregon to push their recommendations to the Department of Education.