Huge Drop in Suspensions and Expulsions in Colorado 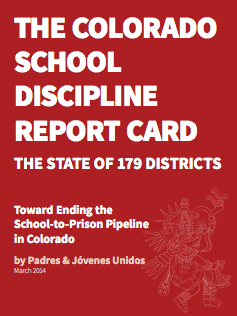 The parents of Padres & Jovenes Unidos have been a leading force in the school discipline reform movement in Colorado. After years of working to expose the harm of zero-tolerance policies, particulary for students of color, and leading the implementation of restorative justice in Denver schools, Padres Unidos won discipline reform at the state level in 2012 with the passage of the Colorado Smart School Discipline Law.

A new report card from Padres Unidos details the law's impact during its first year, the 2012-2013 school year.

Altogether, Colorado's 179 school districts reduced out-of-school suspensions by 10 percent and expulsions by 25 percent – a huge victory. Some districts are still struggling with disparities, however: Black students were more than three times as likely as White students to face suspension and Latino students were twice as likely as White students. Law enforcement referrals actually increased for Black and Native American students. 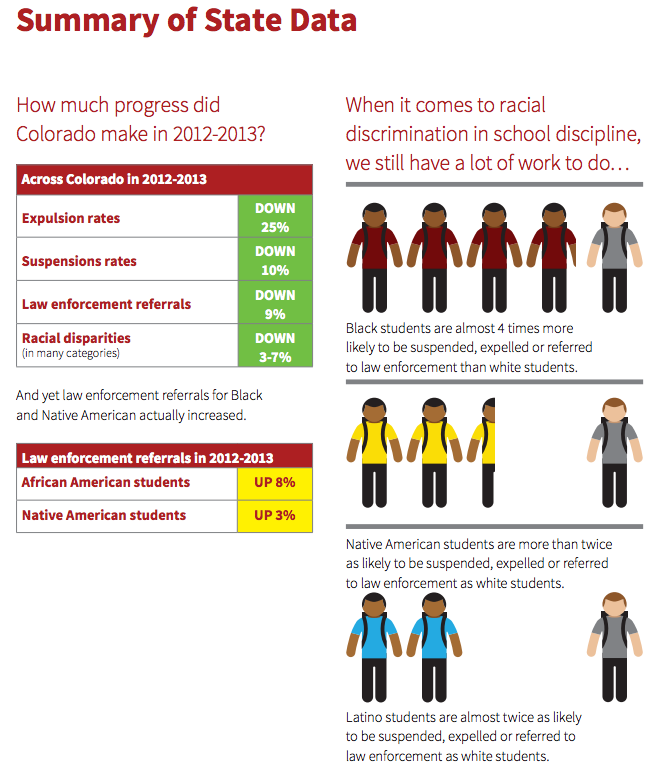 Despite the persistent disparities, the state on the whole is moving in the right direction. Colorado's progress will no doubt be bolstered by the growing national movement for discipline reform and the continued work of parents and students in groups like Padres Unidos.