Stealing an Opportunity to Learn

Earlier this week Tanya McDowell, the Bridgeport, Connecticut, mother accused of fraudulently enrolling her son in a Norwalk school, was sentenced to prison and must pay $6,200 to the city of Norwalk for stealing a better education for her son.

The case parallels a similar one in Ohio.

These cases, tragic for the people involved, are useful from a public policy point of view in that they underline the inequities of school finance and the consequences for children of those inequities. The community or neighborhood in which children live is in a large part dependent on their family’s income and the quality of the education offered by local schools is in large part associated with the wealth, or lack of it, of the families in their school district.

Family income in this country is associated with race and ethnicity. In most places most Black and Latino families are poorer than most White, non-Latino families.

This situation is especially clear in the wealthy state of Connecticut. The following chart shows the relationship between minority enrollments and educational resources per student from local sources in that state: 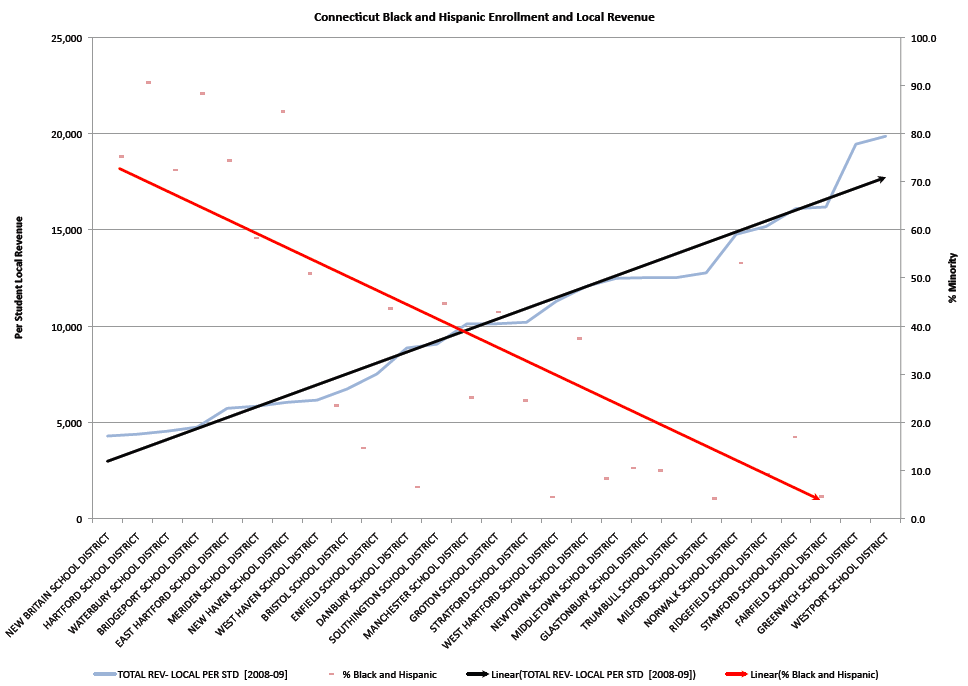 This next chart shows a measure of school effectiveness--graduation rates--again compared to revenue: 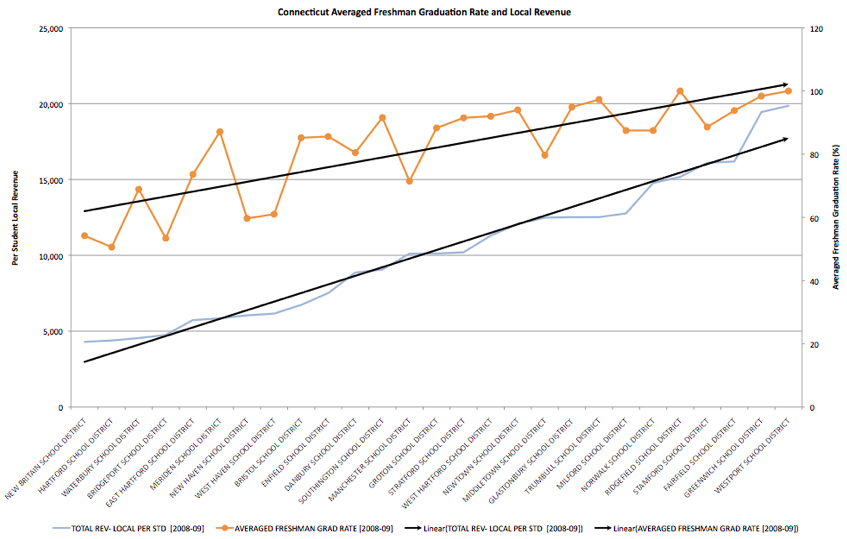