Do Failures in Justice or Education System Increase Incarceration Rates?

Much of the literature on education and prison -- and "the school to prison pipeline" -- assumes a negative correlation between educational achievement and incarceration: the more highly educated a person, the less chance that he (it is usually he) will be incarcerated.

This belief is supported by data for male White, non-Latinos: 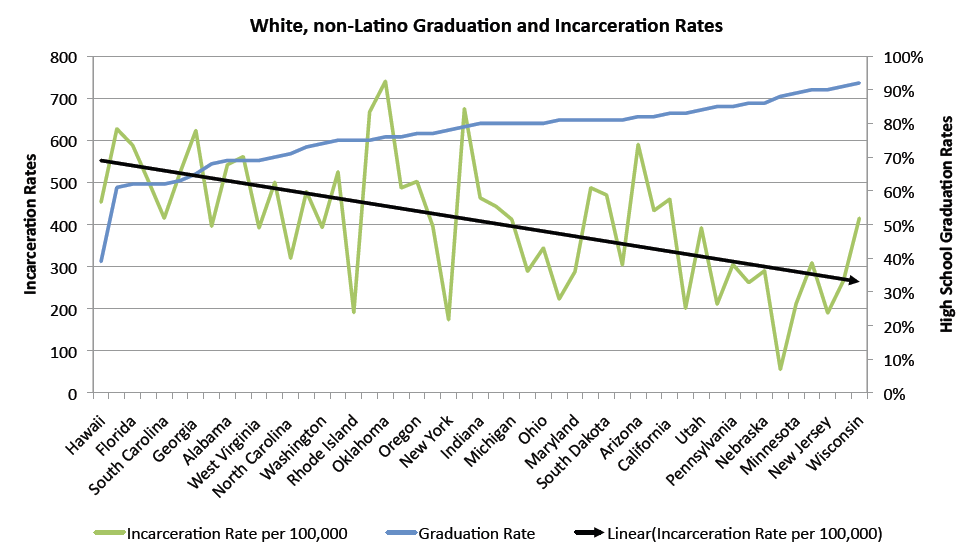 However, the picture is not as clear with male Latinos: 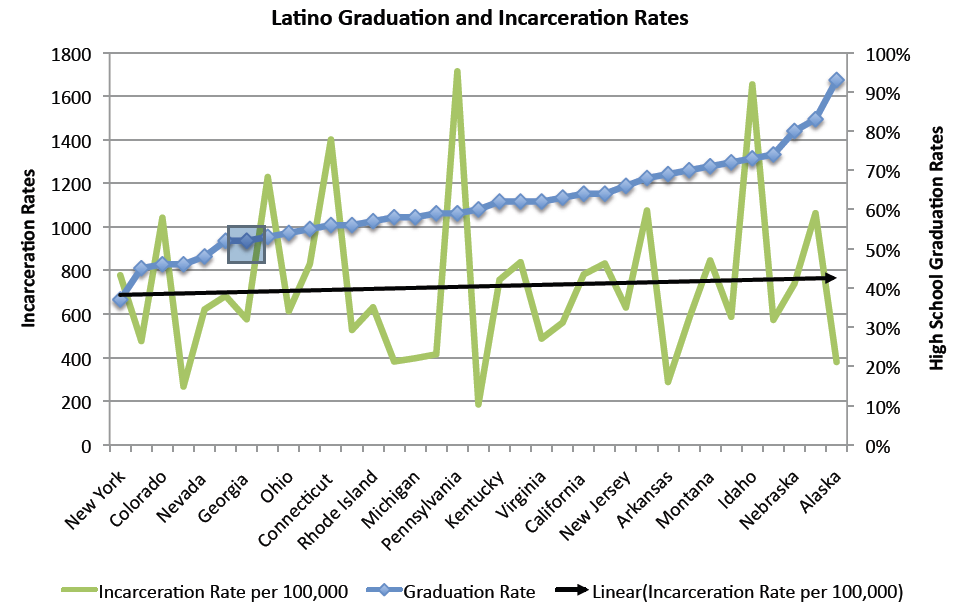 Further, the situation for male Black high school graduation and incarceration statistics is actually the reverse of that for male White Americans: 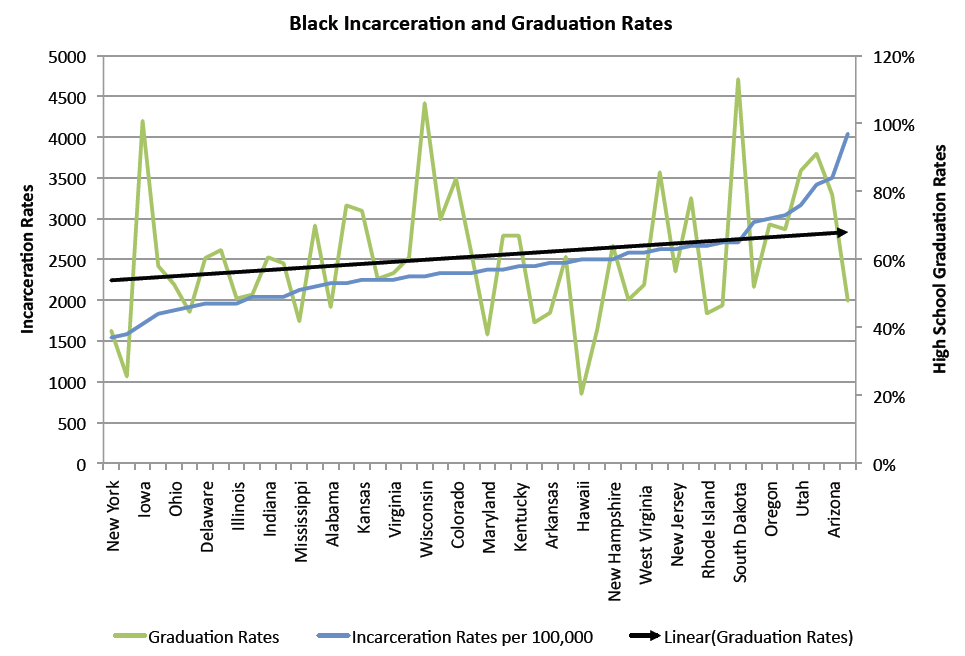 As it is unlikely that the propensity for criminal behavior varies in this way, it may be that there is a propensity in states with relatively low Black populations for the criminal justice system itself to focus on Black, and to a lesser extent, Latino Americans that is stronger than the effects of education on those persons.