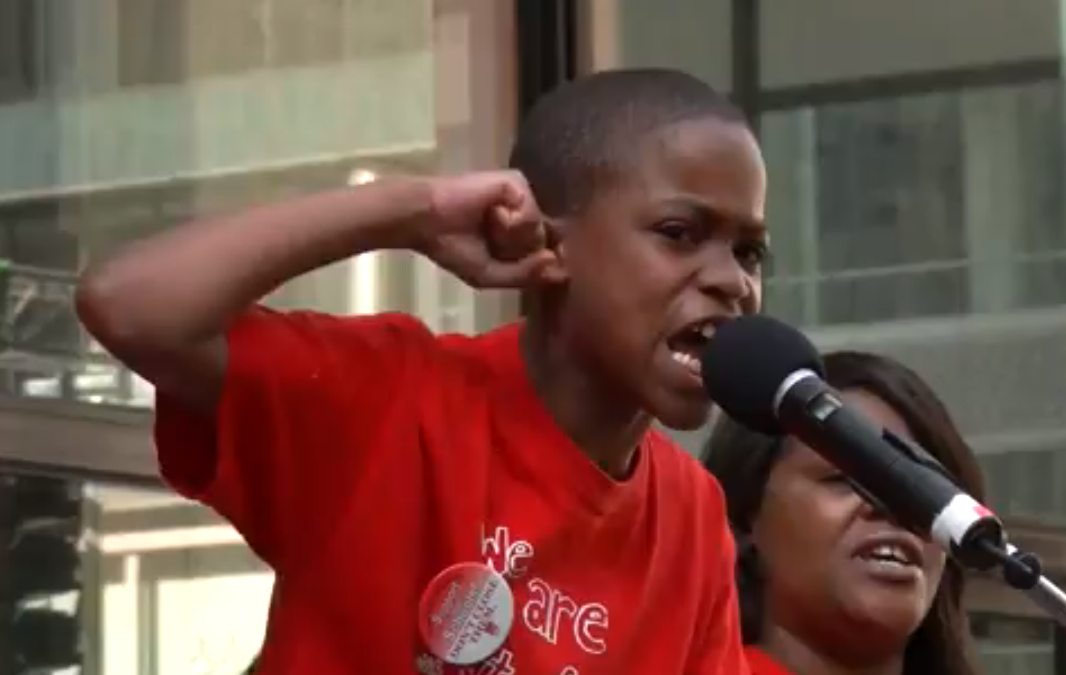 When 9-year-old Asean Johnson gave his now-famous, fiery speech last spring at a rally to protest the mass closure of 49 Chicago public schools, he drew enough national attention that his school, at least, was spared.

In the months since, Johnson has become one of the most recognizable faces in a growing grassroots movement to end school closures. A recent article in Rethinking Schools perfectly lays out the devastating impact these closures have on students and communities, and highlights the local and national groups (many of them OTL allies) that are organizing to protect and support their public schools.

School closures are the "shock doctrine" of the education world, with real or manufactured crises used as justification to undermine and dismantle public institutions. In a recent OTL Campaign's infographic, we debunked some of those justifications to show that closures don't result in students enrolling in better schools and never generate the savings officials say they will. Instead, closures are they result of years of underfunding and a concerted push to turn public schools over to private charter school operators.

"Every year this brutal cycle becomes more familiar: Close public schools, replace with privatized charters, fire unionized teachers, replace with Teach for America or other low-wage temporary options, transfer funds and resources from public to private control, manufacture crisis then use it to impose policies that would otherwise meet stiff democratic opposition. As Chicago Teachers Union President Karen Lewis said last spring: 'Closing schools is not an education plan. It is a scorched earth policy.'” 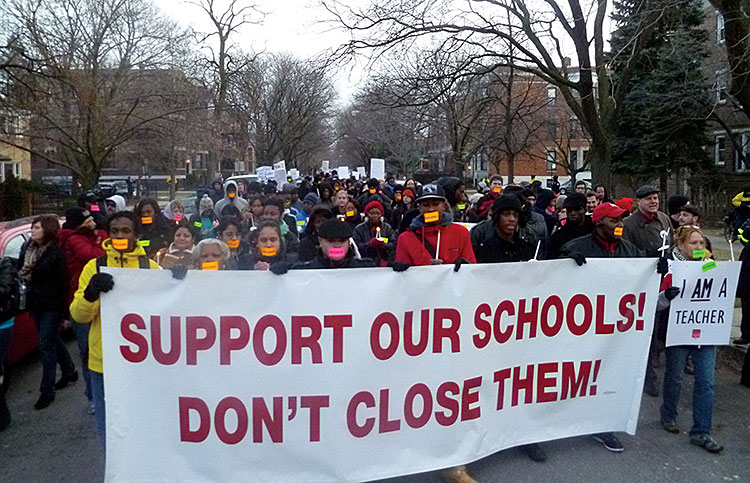 Parents, students and teachers are fighting back. Groups like Journey for Justice, the Philadelphia Student Union, and the Urban Youth Collaborative are organizing in their communities and nationally to end closures and advocate for the types of investments and supports needed to strengthen and turnaround every struggling public school.

"Resistance is the necessary response to these policies of destruction. And it can change the dynamics. In Chicago, the passionate voice of 9-year-old Asean Johnson shaming Mayor Rahm Emanuel for closing an inconceivable 49 schools not only helped rally Chicago's pushback but also brought renewed national attention to the impact of school closings. Notably, Asean's school was one of a handful removed from the school closures list. In Philadelphia, a broad outpouring of parent, labor, youth, faith-based, and community voices forced a reduction in a planned closure of 37 schools down to two dozen.

Journey for Justice (J4J) has united parents and community activists from two dozen cities in a national campaign for a moratorium on school closings. In August, J4J staged actions in 25 cities and called for Secretary of Education Arne Duncan to resign and be 'held accountable for discriminatory, top-down policies that target communities of color and have not improved student outcomes.'”

Read the full Rethinking Education article here. And learn more about the impact of and alternatives to school closures with the OTL Campaign's infographic series.