Community members at a rally in Milwaukee, February 17, 2016. Photos taken by @NoMPSTakeover.

Concerns about the importance and need to mobilize Black and Latino voters in 2016 and future elections have reached a fever pitch. But in many states and cities there are counterproductive disenfranchisement actions being taken that disempower Black and Latino communities -- the takeover of their public schools. In this attack on democracy, governance by locally elected school boards is stripped away altogether. This dismantling of democracy in predominantly poor communities and communities of color is now underway, or being proposed, in several states. Denying these citizens' right to elect local school boards through state takeovers or mayoral control should sound the same alarm as denying them the vote because the impact of the action minimizes their democratic voice and vote.

The American public school system has long played a role in maintaining and strengthening our democracy. In public schools, students often learn how to become productive and engaged citizens; schools provide an infrastructure to build healthy living and learning communities; and society benefits from the substantial public good of having an educated citizenry. For these reasons parents and citizens elect local school representatives who will advance their community's unique perspectives; it is a vital opportunity to engage in the democratic process.

First, it's important to understand that these state takeovers are taking place in the context of decades of disinvestment in public schools. Due to tax cuts and austerity budgets at the state level, schools in poor communities have suffered increasing inequities in funding for vital education services. Recent studies document that states taking over the democratic rights of local citizens and elected education officials have themselves failed to meet their own constitutional obligation to provide the locality with equitable resources needed to provide students with a fair and substantive opportunity to learn. In short, inequitable funding and disenfranchisement by school takeovers are actually a vicious cycle, a double threat to democracy in poor communities.

It's also impossible to dismiss the disparate racial impact of state takeovers. An overwhelming percentage of the districts that have experienced takeovers or mayoral control serve African American and Latino students and voters. The fact that this trend only occurs in districts like New Orleans, Memphis, Nashville, Detroit and Chicago that are made up predominantly of people of color raises serious federal civil rights issues. The same communities that often face the greatest barriers to the ballot box are those susceptible to further disenfranchisement by removing local control of schools.

Takeovers: They're not only undemocratic, they don't work

Yes, the stakes for democracy are high, but the educational effectiveness of the move is just as concerning. A recent evaluation of three states' track record indicates, "school takeovers have proven to be a very ineffective method for yielding the benefit that the state uses to justify the intrusion on local citizens' democratic rights. ... Children have seen negligible improvement -- or even dramatic setbacks -- in their educational performance." Takeovers have failed in Louisiana, Michigan and have had mixed results, at best, in Tennessee. To think that a state, that in most cases has less management capacity than the district it is taking over, can produce a better outcome ignores outcome data -- which clearly illustrates that while states can be supportive in providing supports and standards, they are not best positioned to take over or manage complex local school operations.

Detroit Public Schools have been managed by the state for 15 out of 17 years and recent reports highlight atrocious school health and working conditions (black mold, rodent infested classrooms) for students and teachers. While the U.S. Attorney most recently brought charges in Detroit against a vendor and 13 school officials for a $2.7 million bribery scheme that began in 2002 and lasted until 2015. Yet, local voters have had little recourse to hold public officials accountable. Even outside of the education context the importance of accountable local control has been made clear. One only has to look down the road at Flint, Michigan, where the state's desire to save a buck on the backs of local citizens coupled with the state's lack of capacity and inability to provide oversight left Flint residents lacking one of the most basic resources -- clean water.

Throughout our history there have been occasions when national or state actors have stepped in with mandates that limited local citizens' democratic process, but these actions have only been taken when there are serious violations of local citizens' human or civil rights or a need to provide a higher level of safety and resources to that community. Because state takeovers of local school districts represent a similar suspension of the ability of local citizens to fully exercise their democratic rights, school takeover proposals should meet the same compelling requirements and invoke the same rigorous analysis as when a decision is made to bring national or state guards into a locality.

In each case where we have seen state takeovers -- Louisiana, Tennessee and Michigan -- the action has been more of a political ploy than a movement to protect students or a state-protected fundamental right. Equally concerning, local taxes can be mismanaged or open to fraud, and local tax-paying citizens have no democratic recourse as accountability for system failures is beyond the reach of their vote.

Takeover actions taken without the appropriate democratic test being applied and without the state first meeting its constitutional support obligation creates a slippery slope that diminishes our democracy, weakens the role of public schools in communities and produces poor outcomes for our students. 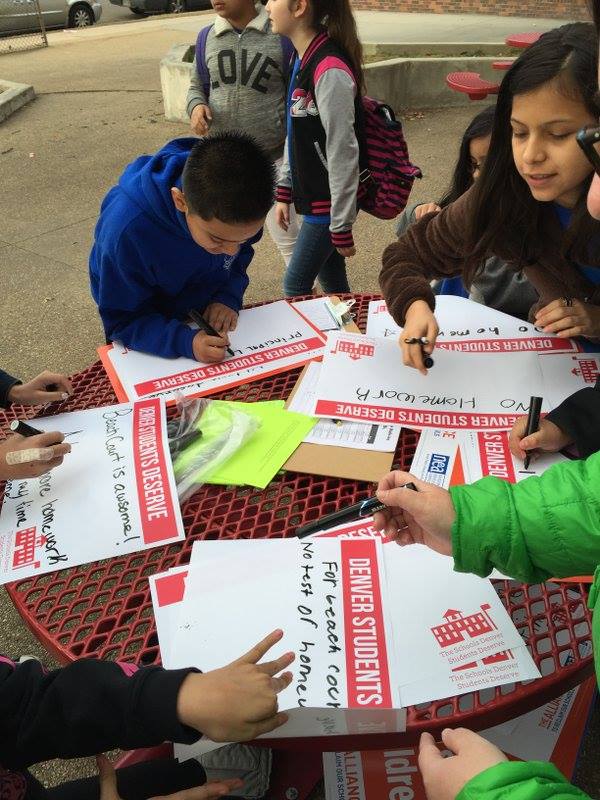 Ultimately, quality public schools is an issue with tremendous capacity to mobilize grassroots action. Parents and student advocates across the country have rightfully fought against undemocratic and ineffective school takeover proposals. Community advocates and school board members have, in many instances, outlined more comprehensive transformation strategies than the state takeover plans, ones that are less intrusive, more collaborative and highly effective ways to achieve successful transformation of low-performing schools.

Take away democratic rights and the ability to vote to influence schools -- the most meaningful public institution in any community -- and you take away citizens' greatest opportunity to become civically engaged, to work together to improve schools, to build healthy living and learning communities capable of providing all students an opportunity to learn.

This month, after years of failed mayoral control in Chicago and 90% of Chicago voters supporting an elected School Board, citizens across Illinois organized a bipartisan effort leading to the Illinois House passing a bill that would create an elected Chicago Public School Board. The bill now sits before the Illinois Senate. Yet, there are still those who oppose the effort. Nonetheless, history as taught us, disenfranchisement has extensive consequences; actively organizing to improve local schools and opposing disenfranchisement is an effective model of democracy in action.